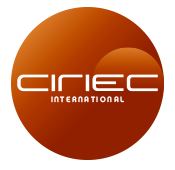 CIRIEC launches a call for contributions for its new research program 2019-2020 on “Joint production and co-production of public goods and commons: source of a paradigm shift through creative destruction of public action?”. This project will be led by Philippe Bance and the Scientific Steering Committee will be composed of Philippe Bance, Marie J. Bouchard and Dorothea Greiling.

The purpose of this call for contributions is to carry out an in-depth analysis of the transformations under way in order to study their operational impact on the deployment of new modes of governance.

The research will be deployed via working groups dealing in particular with :

1) The role played by public and social economy organisations/enterprises in the joint production and co-production of public goods and commons in those new collective action processes, and the impact of those new multi-partner governance forms with respect to sustainable development at local and/or global level.
2) Possible complementarity and synergy between public and social economy organisations, in a perspective of co-construction of collective action according to new logics of general interest and sustainable development.
3) Public policies to stimulate or facilitate the joint action of public and/or social economy organisations/enterprises in the production of common and public goods, and the possible emergence of a new paradigm of collective action based on those partnerships.
4) The alternative between either the co-construction of public policies or the joint production of public goods and commons.

Working groups will be set up in February 2019 and the work will be promoted through publications that can be carried out on different media.
Contribution projects must be submitted in English as English will be the working language. These projects will be submitted exclusively by electronic means before 15 January 2019 to:ciriec@uliege.be

For more information, please read the full call for contributions attached in French and English and the book of the last program, published in March 2018 : http://www.ciriec.uliege.be/publications/ouvrages/providing-public-goods-and-commons/